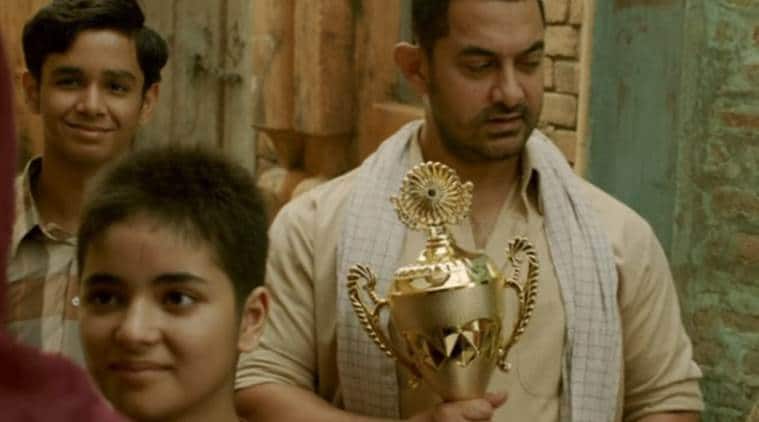 Dangal has collected Rs 132.43 crores so far in four days since it’s release on December 23. The film collected a robust Rs 25.48 crores on Monday. The collections weren’t affected as it happens in most cases despite Monday, December 26 being a working day. That shows Dangal’s promising start at box office. Dangal collected Rs 42.35 crores on Sunday ( December 25). The growth rate of the film on its second and third days saw an upswing. Dangal showed a 16.92% and 21.63% growth on Saturday and Sunday respectively.

With such massive figures during its opening weekend, Dangal joins the 100-crore club films of Aamir Khan’s previous blockbusters including Ghajini (2008), 3 Idiots (2009), Dhoom 3 ( 2013) and PK (2014). Dangal is also doing well in the overseas market. The film has collected Rs 60.99 crores. It’s particularly doing well in the Middle East and North America.

Initial figures trickling in for Sunday suggest #Dangal will hav the highest weekend & highest Sunday ever! Congratulations team Dangal!

The makers of Dangal are in no mood to slow down on the film’s momentum. The audience will now get to see the virtual making of Dangal too. This virtual reality film will allow viewers to get a first-hand experience of its making at different locations.

Dangal makers have collaborated with Anand Gandhi of ElseVR team. By doing so, the viewer can virtually see the film crew, behind the scenes shoot and many other things which wouldn’t have been possible otherwise. One can see the hard work and patience that goes behind making a film in this 360-degree view video.