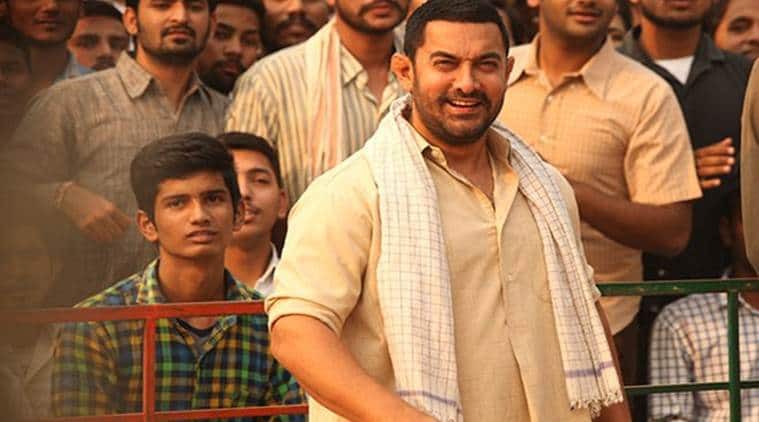 Dangal has received so much love at the box office that the film’s lead star, Aamir Khan, was compelled to thank the audience. As the film crossed the Rs 200-crore mark worldwide, the actor tweeted, “Thank you for all the love and warmth, and thank you for owning our film. Love. Team Dangal.” Dangal has collected Rs 155.35 crore from the domestic market in five days and broken many records in the process. In fact, its Monday collection was the highest seen this year, overtaking Salman Khan’s Sultan too while Tuesday saw it earning Rs 23.07 crore.

The film collected Rs 29.78 crore, Rs 34.82 crore and Rs 42.35 crore during its first weekend and topped it off with a brilliant Monday collection of Rs 25.48 crore. With the film passing the crucial weekday test on Tuesday as well, it is obvious that Dangal is the dhobhi pacchad box office sorely needed.

WATCH VIDEO | ‘Dangal’ Is One Of The Best Films I’ve Ever Seen: Saif Ali Khan

Thank you for all the love and warmth, and thank you for owning our film. Love. Team Dangal.

#Dangal continues its DREAM RUN in the international arena… OVERSEAS – Till Mon: $ 11.2 million [₹ 76.16 cr]. Some screens yet to report.

With a domestic collection of Rs 155.35 cr, Dangal becomes the third highest grosser of 2016 after Sultan and Jungle Book, which collected Rs 300.45 crores and Rs 181.75 crore respectively. In fact, Dangal should overtake MSD biopic’s lifetime earning with its Tuesday earnings. With no major Hindi releases next weekend, the film is likely to enter Rs 200-crore club soon enough. Add the overseas collections and the lifetime collection of Dangal can be around Rs 300-350 crore. And that leaves us wondering if Dangal can start new Rs 400-crore club for Hindi films?

Directed by Nitesh Tiwari, the film stars Sakshi Tanwar, Fatima Sana Shaikh and Sanya Malhotra along with Aamir. The film tells the real-life story of Mahavir Singh Phogat who trained his daughters to become world-class wrestlers.

1. Dangal did much better as compared to Salman Khan’s Sultan on its first Monday. While Sultan earned Rs 15.54 crore, Dangal made Rs 25.48 crore.

2. Dangal has had the highest one-day collection on a Sunday as it earned Rs 42.35 crore.

3. Aamir Khan film has made the maximum collection ever on a Christmas Day, which was on a Sunday this time.