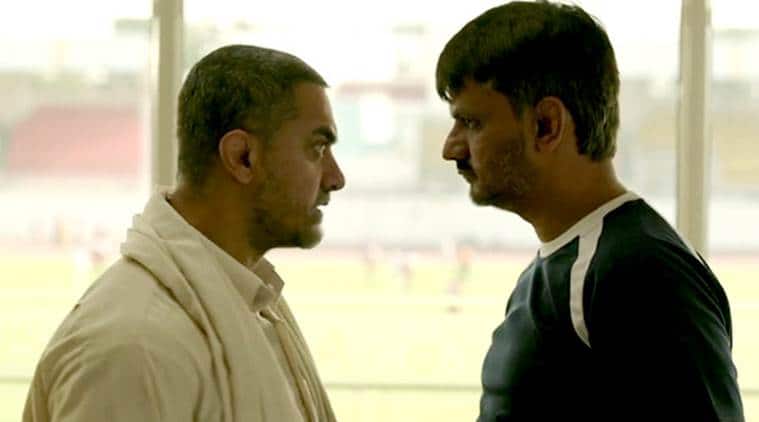 Dangal box office collection day 10: There are elements that make the film a cut above the rest.

The story of a desperate father who wants to make his daughters wrestling champions has touched the nerve of people hungry for seeing a heroic tale on screen. There are elements that make the film a cut above the rest. There are patriarchal attitudes and prejudices surrounding women in a society that form the core of the story. The display of varied emotions by the film’s cast is remarkable. Actors including Aparshakti Khurana and Girish Kulkarni who have small but important parts lend the film a ‘complete’ feeling.

Dangal has also jolted the film industry out of its post-demonetisation phase. It is due to this combination – winning the hearts of people and doing immensely well at the box office, that has taken Dangal into a different category of films.

It happens very rarely that a Bollywood film receives positive word of mouth as well as the high inflow of cash at ticket windows. But then again it was expected with Dangal as it has a powerful, central performance by main lead Aamir Khan. The film remains unstoppable at the box office. With no major Hindi film release this weekend and ensuing long holiday week, Dangal will easily sustain its box office momentum.

The film which is running into its second week has collected Rs 239.01 crores till Sunday. Dangal collected Rs 18.59 crores and Rs 22.72 crore on Friday and Saturday respectively. The film is also doing exceptionally well in overseas market collecting Rs 131.02 crores so far.

Dangal was released on 4300 screens in the domestic market and on 1000 screens in the overseas market. The film has got the widest release in North America, Middle East, UK and Australia. Trade Pundits have predicted that the lifetime collection of the film could be around Rs 300-350 cr.