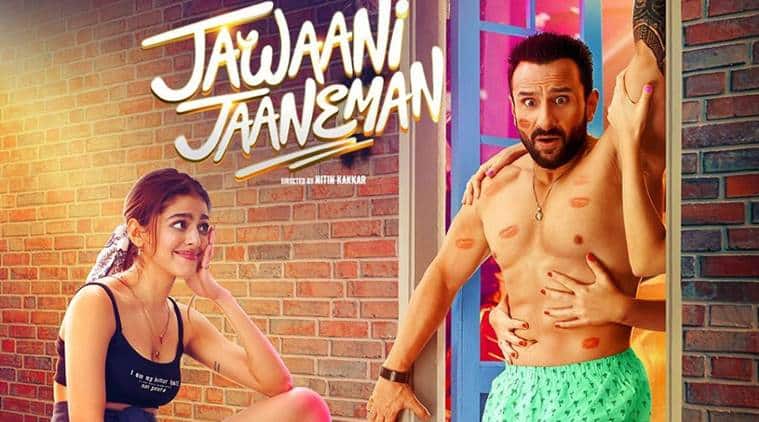 After playing a Mughal general Udaybhan Rathod in period drama Tanhaji: The Unsung Warrior, Saif Ali Khan will once again grace the silver screen as a middle-aged playboy in Jawaani Jaaneman. While his first release of the year is still running successfully in theaters, Jawaani Jaaneman is expected to have a decent opening at the box office.

Film trade analyst Girish Johar expects the film to open with a collection of Rs 3-4 crore. He said, “With Jawaani Jaaneman, Saif Ali Khan is doing the kind of film in which he excels. His films Cocktail and Love Aaj Kal which had him playing a similar character did well. This is his kind of film. The trailer is promising, and the music is also being enjoyed thoroughly. It has Tabu in a pivotal role and marks Pooja Bedi’s daughter Alaya’s Bollywood debut. So, overall it looks like a well-mounted film.”

Helmed by Nitin Kakar, romantic comedy Jawaani Jaaneman is the story of a single man who one day discovers he has a daughter and also meets the girl’s mother. His life changes completely with the entry of the two women. Farida Jalal plays Saif’s mother and Kumud Mishra essays the role of his father. Kubbra Sait will be seen as his friend in the movie.

Jawaani Jaaneman, meanwhile, might find it difficult to pull in the masses. Girish Johar remarked, “It is an upmarket commercial entertainer. Initially, it will attract the youth and audience of metro cities. Then, depending on word of mouth, it can penetrate accordingly.”y.” But, Jawaani Jaaneman’s business at the ticket counters solely depends on its content. “If the content of the Saif starrer would not be up to the mark, only then it would be affected by Tanhaji which is having a glorious run at the box office. Panga has a limited audience, so the film affecting Jawaani Jaaneman seems unlikely,” Girish said.